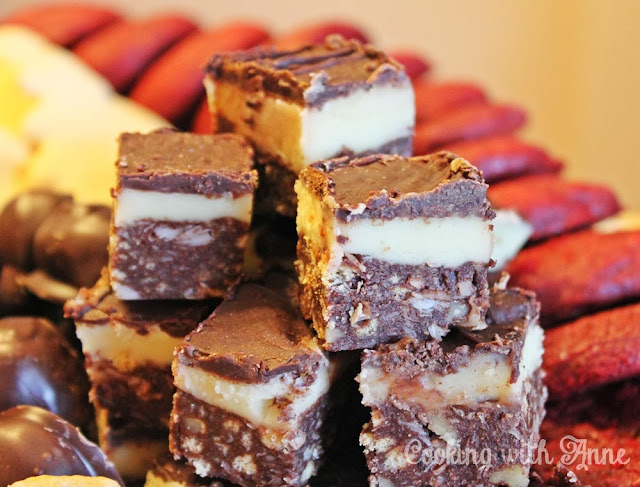 Ever since I was a child, and probably before I was born, my mother has been making a confection for Christmas that we always called "Grandma's Chocolate Squares". The recipe had come from my paternal grandmother, Ola Foster, and was passed down to just about everyone.

There wasn't a year that went by without those squares; a rich fudgy bottom studded with walnuts and coconut then slathered with a creamy, buttery center topped off with a layer of dark chocolate. They were always cut into small squares because they were so rich you couldn't eat too much ... unless you were a kid, in which case you'd finish off 5 or 6 squares and go back for more later.

My oldest brother was off at a convention where people were serving a potluck of international delights. Each table had a specialty from that country and Bobby came across a woman who had a platter full of Grandma's Chocolate Squares. He was flabbergasted, of course, and wanted to know how this woman had gotten grandma's recipe.

The woman explained that they were called "Nanaimo Bars" and were a big deal across Canada. Not surprisingly, grandma was born and raised in Ontario. Finally the "squares" had a name. No matter, we still call them "Grandma's Chocolate Squares".