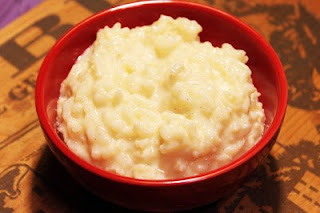 Just about a year ago I began buying raw milk. Not for daily or even weekly consumption, but for a once-in-awhile thing. I'm not completely sure what my motivation was beyond the fact that it's a bit controversial and from much that I've read, if conditions are right, it isn't all together unsafe. In fact, for many people with lactose intolerance, raw milk can be a Godsend.

Nobody here has lactose issues, and for the most part I'm fully happy with the pasteurized 2% that I buy for daily use, but the crunchy/hippie/farmer type in me had to go out and give it a try. I wrote about the first couple excursions at Blog Catalog, so I won't repeat myself, but I will add that the scene changes ever so slightly each time I visit the farm. Sometimes it's laundry day, sometimes there's nothing going on; this time it was ... meat grinding day?


Saturday was rather gray and blah, and the farm looking austere from the lack of foliage on the trees only added to it. Once I walked into the garage however, the air took on an almost sinister feel when I caught sight of a young Mennonite man pushing meat into a grinder. Add to it the fact that he had a strange grin on his face and the whole scene became a bit "Children of the Corn".

I'm hopeful the meat was for personal consumption and not for sale, because thinking of eating anything from that farm other than milk, eggs or honey safely ensconced in plastic jugs, cardboard egg containers and glass jars makes me feel a little queasy. No matter, I grabbed what I'd come for and left without looking back (except to look at the chickens, can't help myself).


Then came the question of what I'd be making with these 'less-than-usual' ingredients I'd traveled nearly 30 miles for. No idea, as usual, it's just something I like to do and I usually figure it all out later. This time it turned out to be rice pudding. I have several kids who can never get enough of this, and my step-father always gets a container, but it takes a few hours to make, so I don't tackle it too often.

Raw milk is perfect for this. The original recipe uses 8 cups (half a gallon) of milk to a single cup of rice, so the result is ultra rich and creamy and raw milk, with its full-fat content from the layer of cream atop can only add to it. I don't care how bad it is, it's not something we have frequently, so we'll counter it with steam for dinner a couple nights this week. 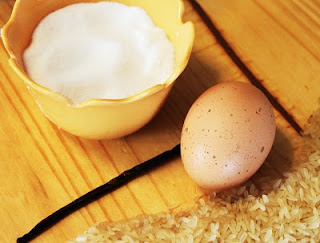 It may seem a waste to cook with raw milk, but there's more to using raw milk than the mere fact that it hasn't been pasteurized or homogenized, just like there's a point to buying milk directly from a farm that produces it: flavor. I could well purchase whole milk for this right at the local grocery, but there is no denying that the flavor of fresh milk, raw or otherwise, is far superior to that found in the standard dairy case. Besides, only half is used to make this recipe, the rest is consumed straight-up or in cereal where everyone gets the most benefit from it.

If you have the time to do this (a lazy Sunday would be good) give it a try. It takes frequent checking and stirring, but the end result is so worth it, you'll be glad you took the time to make it. This was also posted at Family.com a couple years ago.

Cook the rice in the water following package directions -- this usually means adding the rice to the water, bringing to a brief boil, reducing heat and simmering, covered tighly for 20 minutes until the rice absorbs all the water and is tender.

In a large pot combine the cooked rice, milk and scraped vanilla bean if you're using it. Cook over a very low flame, stirring from time to time (every 10 minutes is good), until all the milk has cooked into the rice. This can take an hour to an hour and a half. You'll also have to skim the top 'skin' that forms each time you stir.

Once the milk is absorbed, remove from the heat, remove the vanilla bean if used and quickly add the beaten egg, stirring constantly so the egg thickens the pudding but does not cook. Stir in the sugar and vanilla seeds or extract until well combined.

Pour into a large flat pan like a 9x13 baking pan. Cool in the refrigerator, covered, for several hours before serving.

This sounds great! I've been wondering what to do with my leftover raw milk, and this is perfect. I feel so guilty, last week I poured a half gallon out because I hadn't used it quickly enough. I am definitely going to try this one!

Rice pudding is the best; try adding 1 cup of raisins to it before you place it in the fridge.
check out my blog at www.culturalcuisines.blogspot.com
enjoy!

We have kids with lactose issues... never knew raw milk might help. I'll have to find some. And it's funny you mention rice pudding. We've been making mountains of it the last few weeks. Love your stuff Anne!

I have never made rice pudding, but I think I will try this recipe - sounds so natural and delicious too!