Not all pumpkins were created the same. The big guys are great for carving and roasted seeds, but did you know that they aren't the best for cooking? Take a look: 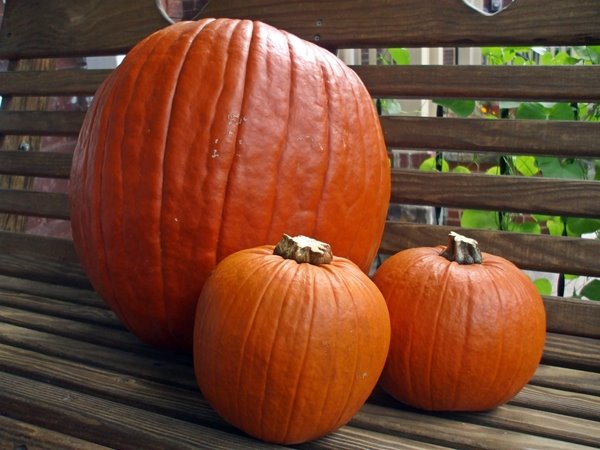 The little guys are sugar pumpkins. These are the ones you want to get the best pies. They are more dense, less stringy and smoother than larger pumpkins. 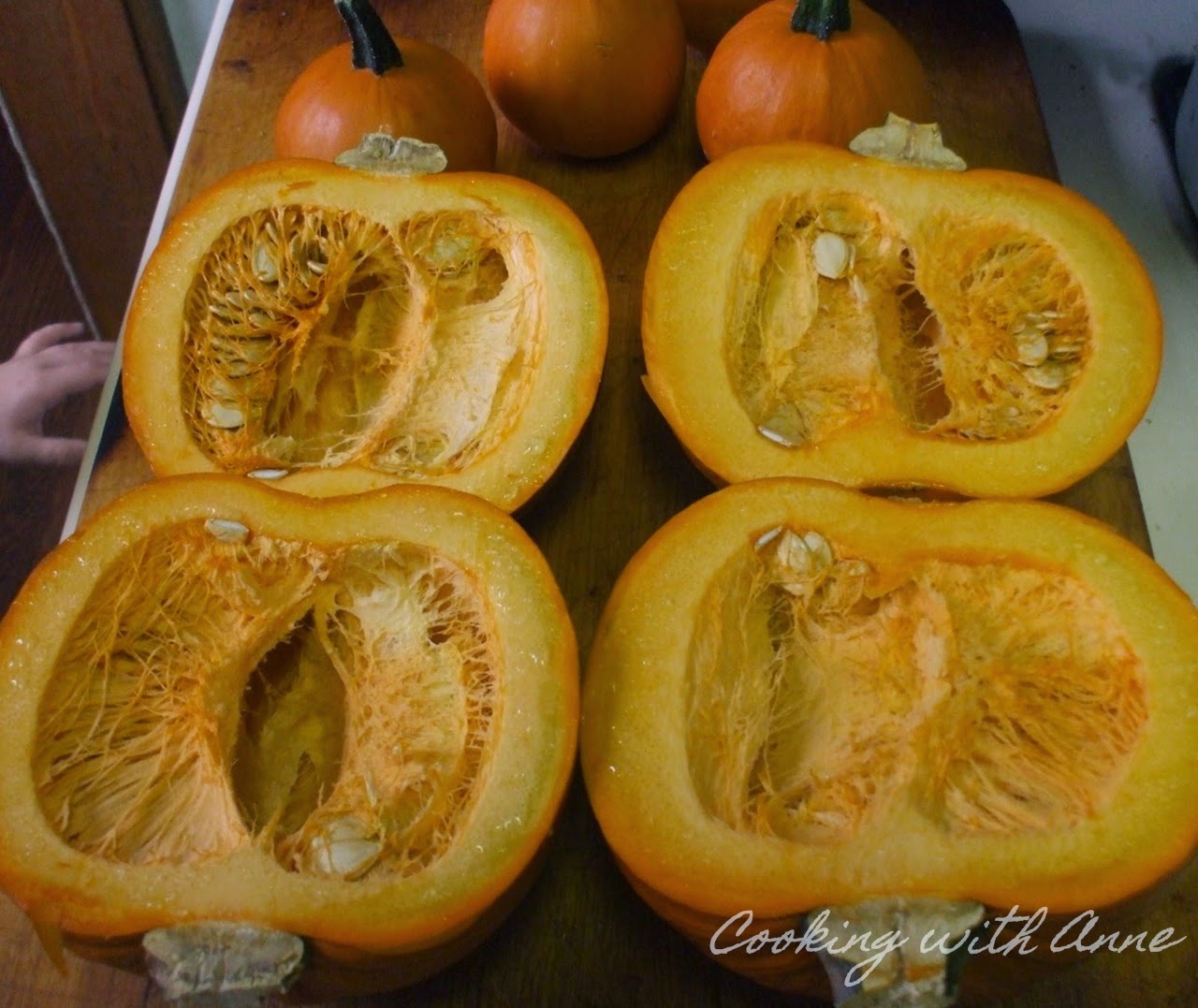 It's very simple to do. Cut the pumpkins in half and remove the seeds and extra "gunk". Once the gunk is gone, set them, cut side down, on a parchment lined tray and pop into the oven at 350 degrees F for 45 minutes. Those really little guys were for the Pecan Pies in Pumpkin Shells that I did for Short Order Mom. 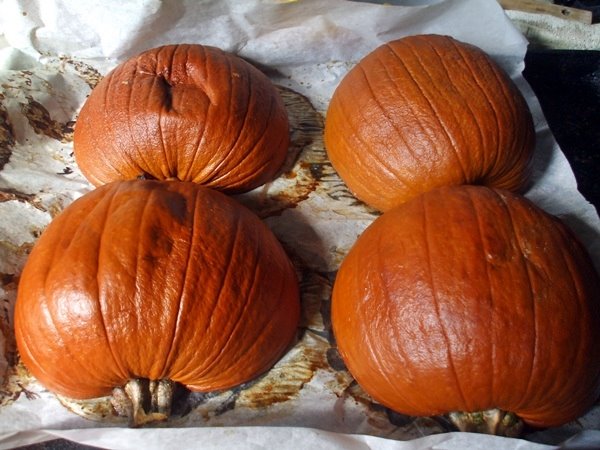 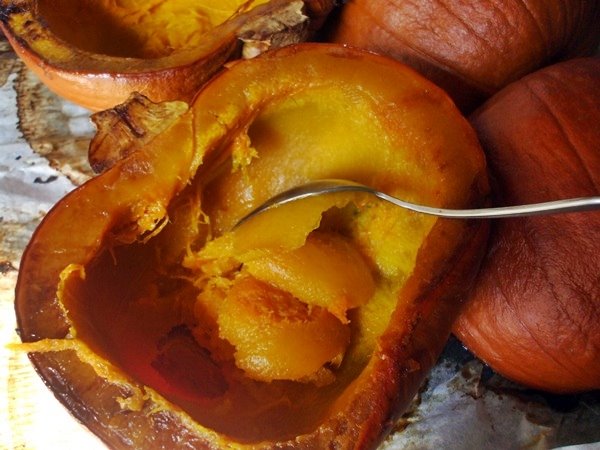 Once they are cool enough to handle, start scooping the meat out with a spoon. Make sure to get it all!

Mere shells of their former selves. 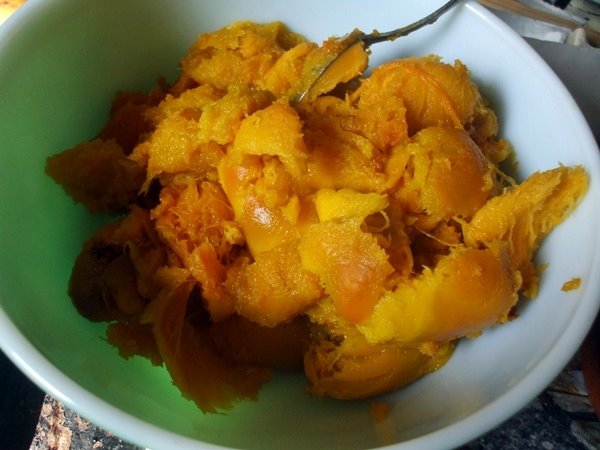 Pulp ready for the blender. Just pop it into the blender and puree until smooth. 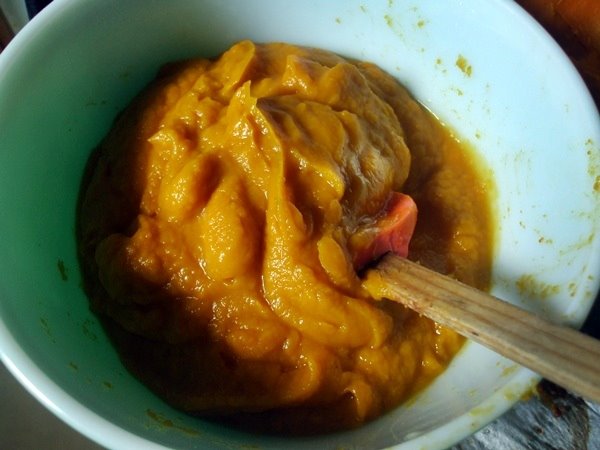 You are good! I have made pie with fresh pumpkin before but usually pop it right out of the can. There is something about cutting and scooping out the seeds that I just don't like.

I have ALWAYS wanted to know how to make pumpkin pie fresh from the pumpkin.

Thank you for this! I am going to add it to my recipe blog too!

Nice tutorial, I've been wanting to do this myself

I looked at the sugar pumpkins...yes, no, yes, no - bought a can of puree and now I'm sorry. It's really not a big deal is it? But, where's my pie? It's our Thanksgiving this weekend.

Lisa - me, too. The small guys have so few seeds and no gelatinous goop- so I don't mind so much.

MTM- You're sure welcome!

kat - I was really worth it, I thought. The taste was just better than canned.

Giz- You know I'd send one! How was your day?

well this looks so yummy

I never knew this is how it was done. So cool. Thanks!

I'm in Italy and so we don't have the canned stuff. For that matter we don't have pumpkins either, just squash, but it always comes out great. Since we use squash we usually clean it first and then steam it instead of baking.
Nice pictures!

Great site! Our pumpkins are in the oven right now. :)