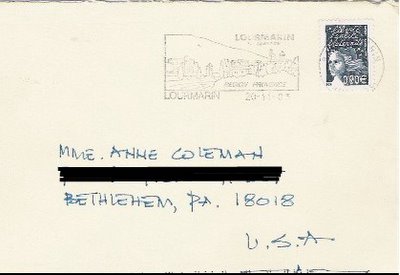 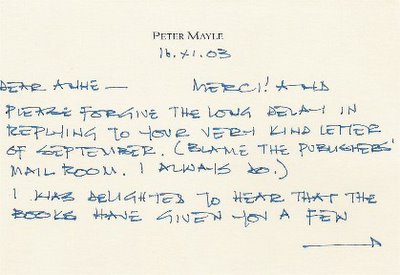 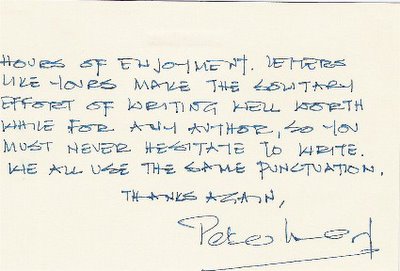 Thanks for visiting my blog. I see we have lots in common. I also have 4 girls and 2 boys. My grandm also died this year. It's tough even though I'm not sure how much longer we would have them live - till 200 or so? Mine was 95. I've read almost your whole blog - so now I'm caught up and will be back. I'm going to go post a recipe for Apple Cider muffins that I bet your family will love if they are bread lovers.

That autographed letter a treasure!

I noticed that the "Year in Provence" videos are available from amazon.com for
$13.49 (used). I know you would love them and you must have loads of time for watching videos. ;~)

The movie is alright, but you don't get the same flavour as from the books. Enjoyable enough, tho'.